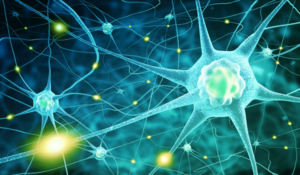 Oct 29, 2016 | Clinical Education – repost courtesy of Emerson Ecologic’s
Do you remember when you first heard that cocaine was in the early versions of Coca Cola and was only removed from the formula in 1903? Well there is another soda pop that also has an interesting history in terms of the original recipe and meaning behind its name. Did you ever wonder why the number 7 was in 7UP©? When it was first released on the market in 1929, the original name for 7UP© was Bib-Label Lithiated Lemon-Lime soda, with claims that “It takes the ouch out of the grouch”. The 7 reportedly represented the approximate atomic mass of lithium (6.9) which was a key ingredient in the recipe until it was removed in 1950. In the late 19th and early 20th century, there were dozens of medicinal preparations that contained lithium including gout, mood, cognitive function and a variety of other complaints.

Lithium is from the Greek word “lithos” which translates as ‘from stone’ and is readily found in the Earth’s upper crust and it is highly likely that you might be reading this blog thanks to the lithium-ion battery in your cell phone or laptop. Lithium is ubiquitous in our food and water supplies and the EPA estimates that American adults take in anywhere from .65mg to 3mg on a daily basis and it is listed as a nutritionally trace element by the World Health Organization.[1]

Then why the visceral reaction when anyone hears the word lithium in integrative medicine? While we know that lithium has helped thousands of patients with bipolar, the medication also has a significant down side in terms of narrow therapeutic window that needs to be carefully monitored with regular blood tests and long-term use leads to significant damage to the kidneys and thyroid gland. The pharmaceutical dose is between 300-600mg, multiple times daily depending on individual patient needs. What about using a much smaller dose to achieve therapeutic effect for other conditions? A great example of using a drug at a much lower dose than conventional medicine is naltrexone, where low-dose naltrexone/LDN is being used with impressive results for a wide variety of conditions.

Getting back to the subject at hand, if you haven’t looked at the research on low-dose lithium and would like to have additional tools to help your patients with a variety of neuropsychiatric conditions (including Alzheimer’s, ADHD, anxiety, depression, etc.), you might want to consider giving low dose lithium a review. The goal of this post was to plant a seed of curiosity that lithium might be a valuable addition to your tool box. For a more thorough introduction to this topic, I would start with Dr. James Greenblatt’s article in the Townsend Letter in October 2015 titles “Lithium: The Untold Story of the Magic Minder that Charges Cell Phones and Preserves Memory”. Dr. Greenblatt’s well written article sparked my interest in low-dose lithium and served as the inspiration and reference for this post.

[1] Greenblatt, J. Lithium: The Untold Story of the Magic Minder that Charges Cell Phones and Preserves Memory. The Townsend Letter.