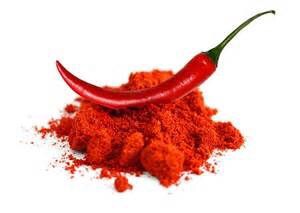 NDNR (ndnr.com) – Hot Chili May Unlock a New Treatment for Obesity – (September 25, 2015)
Australian researchers have discovered that the stomach’s TRPV1 receptors signal fullness when exposed to capsaicin, the compound in chili peppers. The function in the stomach that tells the body it has had enough food actually is regulated through the hot chili pepper, or TRPV1 receptors there, according to the paper’s authors. The findings were published in the Aug. 18 edition of the journal PLOS ONE.  Read More..